For the first time in the Republic of Moldova: 40 women have been elected as MPs, following the elections conducted on 11 July 2021. For comparison, women held 3.7% of the seats in the first Moldovan Parliament (1990-1994), 39.6% in the Parliament elected in July 2021. Another record number was the number of women included in the lists of candidates, namely 837 women or 46.73% of the overall number of candidates nominated by the 23 electoral competitors registered by the Central Electoral Commission (CEC).

Four political parties competed for elections included women on the top of their list of candidates. Likewise, women held almost 28% of the top five positions in the candidate lists of electoral competitors. All data are available in the Gender Profile of the 2021 Parliamentary Elections, launched today at the event entitled “Democracy of elections in Moldova after 30 years”, organised by the Central Electoral Commission and the Centre for Continuous Electoral Training, with the support provided by UNDP Moldova and USAID Moldova.

The study compares the data on women and men participation in electoral processes as voters, candidates, electoral officials and observers, with the relevant data of previous ballots.

1,477,574 voters (53.09% of those included in the voters’ lists) cast their vote. Amongst the people present at polls, 53.48% were women. The 56 – 70-year-olds were amongst the most active and numerous voters, as their turnout exceeded 70% of their age group, making up almost 30% of the total number of people who participated in elections.

More women than men were engaged in organising and holding the elections. Hence, men accounted for 34.7% of the District Electoral Council (DEC) and for almost 18% of the Precinct Electoral Bureau (PEB) members. In comparison with the 2019 Parliamentary Elections, the number of women holding the position of DEC Chairperson increased. Thus, in 2019 women held 41% of such positions, while in 2021 – 54.05%.

The Electoral Code amendments adopted in summer 2019 were implemented during the 2021 early Parliamentary Elections, namely observing a minimum representation quota of 40% for both women and men in the lists of candidates of political parties, as well as candidate placement in the list according to the formula: at least four candidates out of every 10 positions.

The Gender Profile for the 2021 early Parliamentary Elections has been conducted in the framework the UNDP “Enhancing democracy in Moldova through inclusive and transparent elections” project, with the American People support provided through the United States Agency for International Development (USAID). 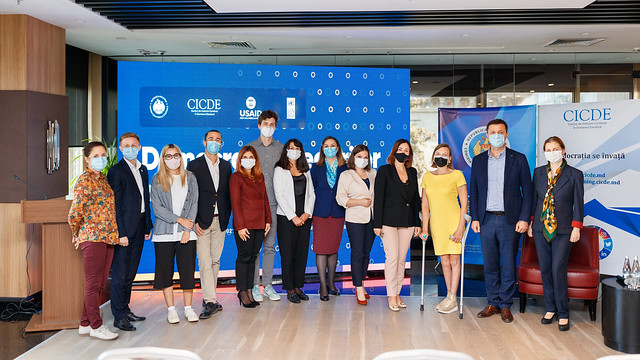