More than 2000 arms were removed from civil circulation, with EU and UNDP support

2119 arms, 50,000 cartridges and 142 accessories and components were destroyed by smelting on 25 November in Chișinău, with support of the European Union and UNDP. The removal of these arms out of civil circulation contributes to a higher level of security.

The disposed arms were gathered during the past two years by the General Police Inspectorate. So, the Police withdrew from circulation a fairly large number of arms, which didn’t meet essential safety requirements,  were damaged, unfit for use, with unauthorized structural changes, illegally held, abandoned, confiscated, or surrendered voluntarily for disposal. The budget of €12,800 for the arms’ smelting was provided by the European Union through UNDP SEESAC.

“We are aware that the phenomenon of illicit arms trafficking, at regional and global levels, is constantly growing. The Republic of Moldova is firmly committed to ensuring the efficient management of small arms and light weapons. Therefore, today's exercise contributes to reducing the threat of their proliferation, so as every citizen feels safer,” said Alexandru Bejan, Deputy Head of the General Police Inspectorate.

Overall, 16,235 firearms were disposed during 2005-2019 in the Republic of Moldova, with financial support and following the monitoring activity of the Swiss and Norwegian Governments, the European Union, the South Eastern and Eastern Europe Clearinghouse for the Control of Small Arms and Light Weapons (SEESAC), the United National Development Programme (UNDP) and the OSCE Mission to Moldova.

“With this initiative we are supporting the work conducted by the national authorities of the country in advancing further in the field of small arms and light weapons (SALW) control. In line with the EU-Republic of Moldova Association reform agenda and with support from the European Union and SEESAC, this action is an additional contribution to security and the fight against organised crime. This is a key priority for the cooperation between the EU and the Republic of Moldova, for the benefit of its citizens,” said the EU Ambassador to the Republic of Moldova, Janis Mazeiks.

"This event is a part of a longstanding partnership on Small Arms and Light Weapons control between the Republic of Moldova, UNDP, SEESAC and the EU. UNDP has been providing support to Moldovan authorities to destroy seized small arms and light weapons systematically over the past decade and we stand ready to support them in the future as well. Today’s disposal is another contribution to achieving efficient arms control by reducing the surplus SALW, thus creating conditions for a more secure, safer and prosperous society," noted Andrea Cuzyova, UNDP Deputy Resident Representative to the Republic of Moldova.

The removal of arms from civil circulation contributes to the achievement of the Sustainable Development 16 of the 2030 Agenda, which is promoting peaceful, just and inclusive societies. UNDP SEESAC activates in South Eastern Europe within the EU Council Decision (CFSP) 2019/2111. 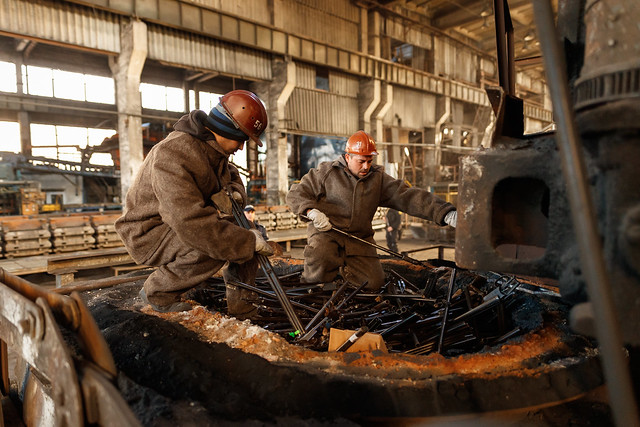