European Union provides over €1.4 million of financial support for the restoration of Tighina (Bender) fortress

The restoration and conservation works of the Tighina (Bender) Fortress have started. The total cost of the works is over €1.4 million, provided by the European Union “Confidence Building Measures” Programme, implemented by the UNDP.

The Tighina (Bender) Fortress, a 15th century historical site of strategic importance, commences the first stage of the restoration works. The works will be carried out in compliance with international standards and practices.

“The conservation and restoration of the Tighina – Bender – Fortress is one of the two flagship projects of the Cultural Heritage component of the EU Confidence Building Measures programme. We are glad to see that the two years of intensive preparatory work now materializes in actual conservation and restoration works, which will be carried out in line with international and European standards and practices. The European Union believes that Culture is essential for the harmonious development of any society and has a strong dynamic and transformative force for both banks of the Nistru river. Restoration of such an emblematic national heritage monument will further consolidate the connections between people and communities from both banks,” mentioned Janis Mažeiks, EU Ambassador to the Republic of Moldova.

During 2019, emergency conservation works were conducted, namely pedestrian fencing at the patrol paths of the citadel fortresses, deforestation of vegetation (trees, shrubs) on the bastion between the citadel and the lower fortress, protection measures for the Water Tower and the pedestrian fencing of the lower fortress. In the summer of 2020, a detailed technical expertise was conducted, based on which the design for the restoration and conservation works at the first stage was developed.

The works at the first stage, which will be carried out until June 2023, involve:

The technologies used for the restoration and conservation works, including the consolidation of the most critical areas of the Upper and Lower Citadel, will serve as an example for future interventions. The representatives from the left bank of the Nistru are committed to continue attracting investments for the next stages of conservation/restoration.

"UNDP believes in the positive impact of cultural heritage in building confidence and social cohesion among communities. We are pleased to participate in the conservation and restauration of the historical landmark, the Tighina (Bender) Fortress. This is one of numerous community and business support projects, implemented on both banks of the Nistru river in partnership and with the financial support of the EU. We are confident that the Fortress restauration will make it an attractive destination point for both local and international tourism and will result in numerous economic, social, and cultural benefits for the entire area. The Fortress is already a preferred location for festivals and cultural events, which I have gladly attended on several occasions. It is an excellent meeting point for people from both banks of Nistru river – great atmosphere, picturesque landscape, cultural and historical background – much needed ingredients to unite people and communities,” mentioned Dima Al-Khatib, UNDP Resident Representative to the Republic of Moldova

Thanks to the restoration works, the touristic potential of the fortress will increase, which will boost benefits for local economy. Events, such as fairs, concerts, sports activities for visitors from both banks of the Nistru river, but also from abroad, could be organized.

Conservation and restoration of the Tighina (Bender) Fortress, together with the Chisinau Circus, is one of the two emblematic objectives of the cultural heritage restored with the support of the EU “Confidence Building Measures” Programme.

The EU “Confidence Building Measures” Programme, implemented by the UNDP, contributes to strengthening trust between residents on both banks of the Nistru river, by involving them in joint development projects.

For additional information you can contact Lia Chetrari, Media and Communication Consultant, at the phone number 069926762 or at the email  lia.chetrari@undp.org. 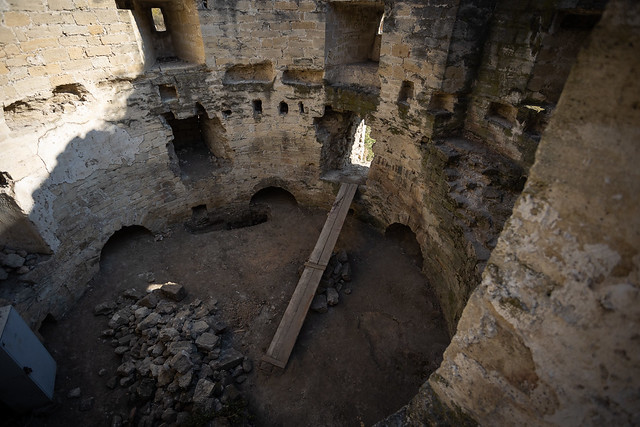