People from Rezina and Ribnita will cross with more confidence the bridge over Nistru, even during the nights, thanks to an EU project

Bridge over Nistru that links Rezina and Ribnita cities is now lightened, for the first time since 1993. Thanks to a project supported by EU, 12 new pillars have been added and 70 LED bulbs, energetically efficient, have been installed. The lighting system was launched on 13 January, marking the end of winter holidays with carols interpreted by people from the two neighboring communities.

As the bridge has traffic lanes and sidewalks, pedestrians will benefit most from the implementation of this project. Approximately 60,000 people from the region could pass by in safety and security, thanks to simultaneous illumination of the whole bridge.

“The European Union was very pleased to finance the illumination of this bridge between the twins’ town Rezina and Ribnita. Beyond the strong symbol of this bridge on the Nistru for the EU programme of Confidence Building Measures, the most important is the concrete benefit for the citizens of both towns who will cross the bridge now in a safer environment and in trust. This is for the EU what means create trust in word and deed”, said at the official inauguration Peter Michalko, EU Ambassador to the Republic of Moldova.

“Probably the most important of all is the strong confidence building potential of the renovated street lightning system, which addresses the needs of the neighboring communities and creates a sustainable environment for cross-river cooperation,” said Dima Al-Khatib, UNDP Resident Representative in Moldova.

“It is now much better to walk here, even late in the night,” said a worker from Rezina, employed at a factory in Ribnita.

In November-December 2019 70 LED bulbs were mounted, with a consumption of 68 watts, 5 times lower than that of traditional ones. Their life expectancy reaches 100,000 hours, or almost 25 years if used 11 hours a day. The total budget of the project was 49,000 Euros, of which almost 34,000 Euros have been allocated by European Union and more than 15,000 Euros – by local authorities of Rezina.

The project included also photometric measurements, which will leave no dark spots on the bridge.

Public lighting of the Rezina-Ribnita bridge over Nistru river is one of 14 infrastructure projects selected in open competition and developed through European Union’s Confidence Building Measures Programme, implemented by UNDP, during 2019-2021.

During previous phases of the Programme the intensive care unit of the Ribnita maternity was reconstructed and equipped, while Traumatology and Reanimation, as well as Contagious Disease Ward departments of Rezina District Hospital were renovated. Also, chess schools in Rezina and Ribnita have been repaired and equipped.

The Programme contributes to build confidence among the inhabitants from both banks of the Nistru river by involving them in joint projects. 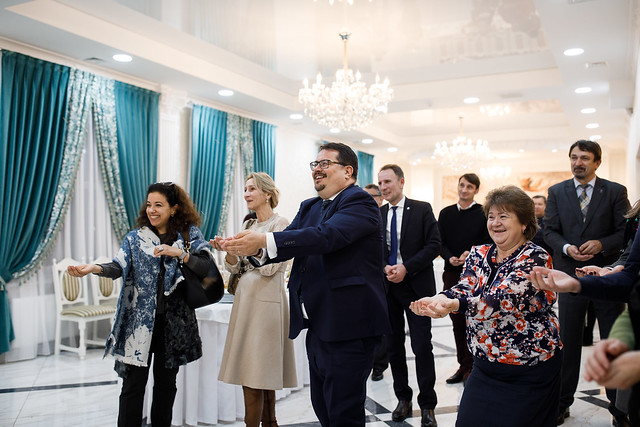