Bender fortress needs urgent interventions to ensure preservation of the construction. These are the conclusions of the technical expertise, carried out by an Italian company chosen through an international competition within the project "Support to Confidence Building Measures", supported by European Union and implemented by UNDP Moldova.

According to experts, among the most serious problems of the fortress are gaps in the walls, left after the decomposition of wooden beams, shaky foundation of the bastion and poor condition of one of the towers.

The same company will design fortress conservation project. Conservation work is to be carried out by another company, that will be selected by the end of the year based on a competition conducted by the European Union’s Confidence Building Measures Programme, implemented by UNDP.

Experts used innovative technical methods to carry out technical expertise of Bender fortress. In particular, they performed tomography of the walls and geo-scanning of the adjacent land, which allowed them to discover gaps in the walls and problems at the bastion foundation level.

To confirm the conclusions drawn from the scans, experts also carried out excavations in several places on the territory of the citadel. During these works, supervised by architects from Chisinau and Tiraspol, a coin, two cannonballs, two bowls and two horseshoes from the 16th – 17th centuries were discovered, as well as a number of ceramic fragments from different periods. These archaeological objects were transmitted to the administration of the fortress on February 4, 2020, in the beginning of the event for the presentation of technical expertise.

At the end of last year, the European Union announced that it would support renovation of Bender fortress and Chisinau Circus, allocating more than 2 million euros for each.

The projects are carried out through the European Union’s Confidence Building Measures Programme, implemented by UNDP. The aim of this Programme is to build trust between the inhabitants of the two banks of the Nistru River by involving them in joint development initiatives. 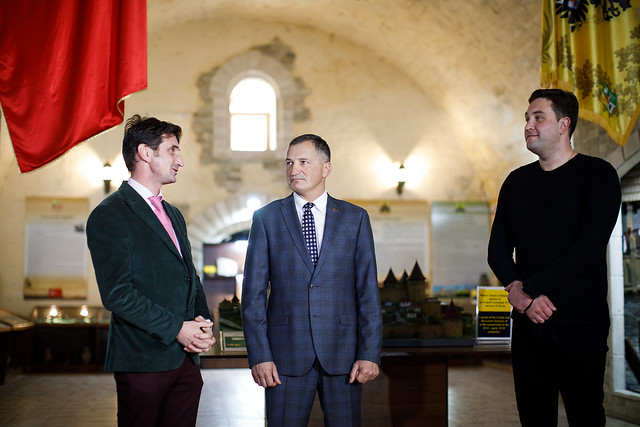