Hundreds of residents of Chisinau sympathized with women survivors of gender-based violence. On February 28, 2019, they watched the benefit theatre performance “Я умереть надежде не дам” (I Won’t Let Hope Die). All funds collected from tickets sales will be directed for the construction of a safe space in the region of Gagauzia for women suffering from violence.

The performance is based on the true stories of women who have experienced different types of violence and was produced by the Coliseum Arts Center in partnership with the United Nations Development Programme. Actresses of various ethnicities and from various regions of the country performed. Mihaela Strambeanu and Olga Gutu-Cucu from the “Mihai Eminescu” National Theater, Chisinau, Diana Karapenkova from the Municipal Theater “Смешен петък”, Taraclia, and Natalia Ivanciuc and Elena Danaji from the National Gagauz Drama Theater “D. Tanasoglo” brought the audience to standing ovation, people being moved by the shattering stories put on stage.

Elena Danaji played a mother of many children, sentenced for having killed her spouse, who had abused her for years. “The roles based on real stories are a challenge for me because behind them there are real social challenges. I’m glad that the audience was very receptive. People watched carefully and, hopefully, they understood the problems experienced by hundreds of women in our country,” the actress said.

Olga Gutu-Cucu, actress at the “Mihai Eminescu” National Theater, considers that such initiatives offer an example of solidarity with women suffering from violence. “Many women prefer to remain silent about their pain, because of fear or shame. Helping them is a matter of social obligation, for us all.”

The director Luminita Tacu said that she had accepted to engage in this initiative to help women and their children. “We do not tolerate domestic violence, and we are glad that this way we can contribute to the opening of a center that is long-awaited by so many women from Gagauzia.”

The fundraising campaign started at the end of 2018 at the initiative of UNDP Moldova and the regional authorities of Gagauzia, which joined their efforts to set up a social service for women suffering from violence. To enable the creation of the shelter, the local authorities have offered a building, which will be completely renovated with support from the Republic of Korea and the UNDP. The fundraising campaign will supplement the budget allocated for the renovation and endowment of the center. The donations are collected through the platform www.sprijina.md at http://bit.ly/2UVS2cV.

The center, expected to open its doors by the end of this year, will offer shelter to women and their children until they receive the optimal protection solution. It will offer to women psychological, social and legal assistance and will help them to find a job or to start a business. Gagauzia region has no shelters for survivors of gender-based violence. According to statistics, one in four Moldovan women suffers from least one type of violence.

This initiative is part of the project “Addressing violence against women in the Republic of Moldova: exploring and learning from local solutions,” implemented by UNDP Moldova with the support of the Republic of Korea, during 2018-2020. 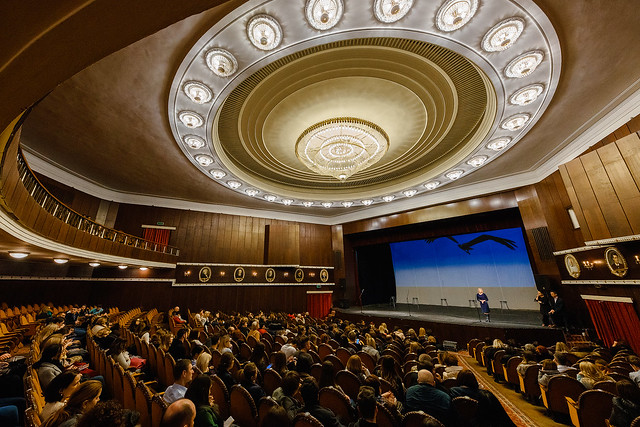