The Music Connecting People tour has reached Rașcov village on the left bank of Nistru. The community, with 3 religions co-existing at a spiritual crossroads, has hosted magical concerts performed by Moldovan National Youth Orchestra.

Beautiful music, by itself, induces a huge spiritual load, which is usually amplified by locations and people. The magic of live music within Saint Caetano Catholic Church and near the ruins of the XVIII century synagogue has teleported the audience to another dimension – where harmony and happiness are ubiquitous. The Moldovan National Youth Orchestra quartet composed of Ionuț Ciocanu, Petrică Bivol, Vladislav Secichin and Dmitrii Iurcic played “Adagio” (Samuel Barber) and “Hava Nagila” (traditional Israeli song).

“Rașcov has marked us with its spiritual richness and heritage, being a space where 3 religions get together. We are glad that people welcomed us with a lot of faith and warm-heartedness at every concert. This inspires us to bring many more beautiful things to the public,” said Andriano Marian, director of Moldovan National Youth Orchestra.

The chamber music concerts played in Tîrnăuca, Carmanova, Ofatinți, Rîbnița, Dubăsari and Rașcov will be followed by the last performance of the first stage of Music Connecting People tour, which will be organized on October 26th in Camenca, in Peter Wittgenstein Park.

Music Connecting People is a project financed by the European Union through the EU Confidence Building Measures Programme, implemented by UNDP Moldova.

During September 2019 – June 2020, the orchestra will play 10 chamber music concerts and will undertake many outstanding activities in the MNYO style, nine of which will be performed on the left bank of Nistru.

The total route of the musical trip will be around 2,500 km so as to get closer the two sides of Nistru. The project also comes with more communication among people from the both sides of the river and exchange of experience among musicians. Over 100 musicians from both banks of Nistru, as well as from the European Union, USA, Russia and Ukraine will meet by June 2020 in the framework of the Music Connecting People tour. 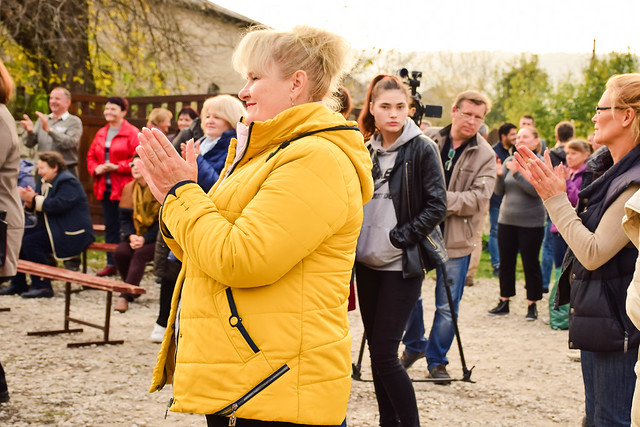