2,200 small arms and light weapons were destroyed on 28 October at the JST “ARES UT” smelting facility in Chisinau, in the EU-supported disposal activity aiming to increase security and minimise the risk of arms proliferation.

UNDP SEESAC (The South Eastern and Eastern Europe Clearinghouse for the Control of Small Arms and Light Weapons) has been working with EU support for almost two decades in assisting the authorities in the South East Europe region to destroy small arms and light weapons, with the aim of combatting and preventing the illicit flows of small arms and light weapons also raising awareness of the threat posed by poorly secured and illegal firearms.

These activities support the achievement of the UN Sustainable Development Goals, specifically Goal 16 to promote peaceful, just and inclusive societies and its target 16.4 that includes a significant reduction in illicit arms flows by 2030.

Gheorghe Balan, Acting Chief of the General Police Inspectorate and Dima Al-Khatib, Resident Representative of the United Nations Development Programme (UNDP) in Moldova took part in the ceremony marking the initiation of the disposal in Chisinau on 28 October 2019. 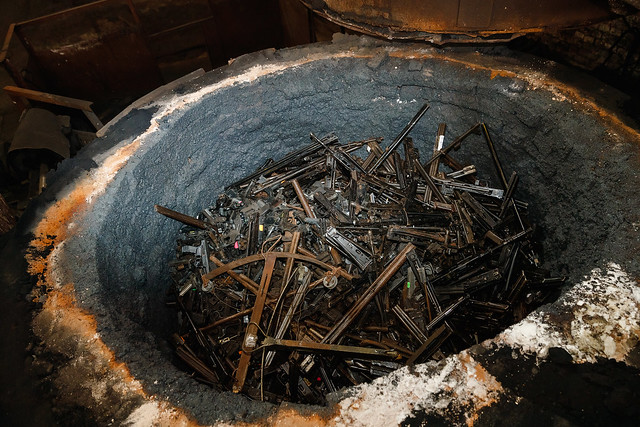