The winners of the Urban Mobility Hackathon were awarded

The teams presented their ideas to the jury of experts from the United Nations Development Programme, Orange Systems, Technical University of Moldova and European Space Agency/Geoville. The jury selected the following three winning initiatives:

The “Urban Mobility Hackathon. Hack the traffic in Chisinau” is the result of an innovative partnership bringing together the United Nations Development Programme, the European Space Agency, Orange Systems, Chisinau City Hall, and the innovation laboratories Green City Lab and Milab. The United Nations Development Programme and Orange Systems are willing to financially and expertly support the implementation of winning solutions in Chisinau.

In Chisinau, there are 31 trolleybus routes and 25 bus routes, of which 6 urban and 18 suburban. In 2018, about 143 mln. passengers were transported by trolleybuses and buses to Chisinau, according to the data of the Directorate of Transport. 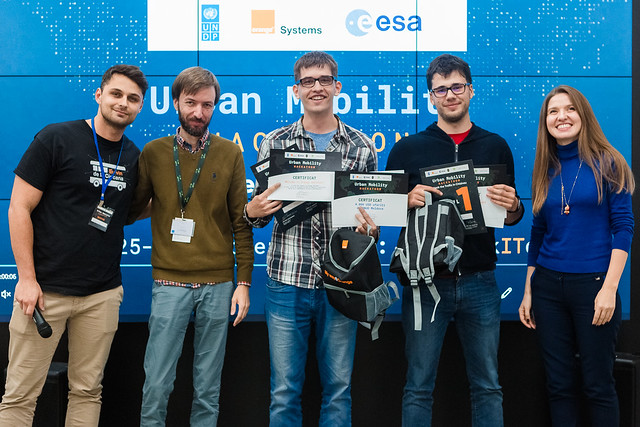