Analysis: The effect of the mixed electoral system on gender equality in parliamentary elections

Today, on 28 May 2019, the Central Electoral Commission and UNDP Moldova presented the gender equality analysis of the February 2019 parliamentary elections. The data are presented in comparison with the previous elections and include the participation of women and men in electoral processes as voters, candidates, electoral officials and observers.

In the parliamentary elections of 24 February 2019, women accounted for 42 percent of the 632 candidates nominated on national constituency of 14 political parties and one electoral alliance. In the 51 uninominal constituencies, 322 persons competed for the position of MP, of whom only 21 per cent were women. Among the independent candidates, this percentage difference was the most noticeable - only 14 percent of the total of 57.

Although all parliamentary parties have respected the gender quota for the national constituency, due to the heterogenous positioning of the candidates on the list and the election’s results, only one party now has 40 per cent of women in its list of MPs.

Compared with previous elections, the Electoral Councils of the Electoral Constituencies have involved more women at all levels. Out of 6500 electoral officials trained by the Center for Continuous Electoral Training, 80 percent were women.

Alina Russu, Chair of the Central Electoral Commission, present at the launching of the publication "Parliamentary Elections 2019 - Gender Analysis", said: "As representative of the institution that organizes elections in the Republic of Moldova, I note the positive gender outcomes, but I conclude that much work and much communication and information is needed to reach the objectives the CEC has set, as well as the state, through its commitments at international level."

Alla Skvortova, Programme Specialist, Effective Governance, UNDP Moldova, underlined: "Recently, Moldova has taken important steps to promote gender equality in politics, such as the adoption of a gender quota. However, more efforts are needed to ensure equal opportunities for women and men to get involved in politics, and the upcoming general local elections are an opportunity to have more women mayors, local and municipal councillors."

Loretta Handrabura, gender expert, claims: "This comprehensive radiography leaves no room for interpretation, but for actions for political parties and the Central Electoral Commission."

The analysis of the parliamentary elections from the perspective of gender equality was conducted by the Central Electoral Commission and UNDP Moldova within the project "Enhancing democracy through inclusive and transparent elections" financed by the United States Agency for International Development, the British Embassy in Chisinau through the Good Governance Fund and Embassy of the Netherlands through the Matra Program. 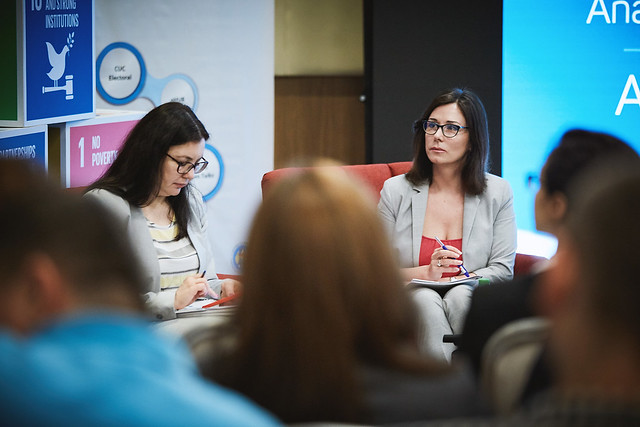