With the assistance of the European Union, over 150,000 people from the ATU Gagauzia and Taraclia district have improved their living conditions

At least one social infrastructure facility was improved in each of those 40 communities from the ATU Gagauzia and Taraclia district. 63 small and medium enterprises were launched or developed, generating over 180 jobs. 7 inter-municipal waste management services were created in the region and 105 rural development projects were implemented through the European initiative LEADER. These are just some of the achievements of the “Support to Agriculture and Rural Development in ATU Gagauzia and Taraclia district” (SARD) Programme, financed by the European Union and implemented by UNDP. The results were presented today in Comrat, during the closing event for the SARD Programme, which operated for 3 years.

Gintautas Baranauskas, Deputy Head of Operations, the EU Delegation to the Republic of Moldova, present at the event, mentioned: “We are confident that the assistance provided by the European Union for Gagauzia and Taraclia will have its positive impact to the overall development of the Republic of Moldova and for the benefit of its citizens. We believe that the successful projects carried out within the SARD programme will be sustainable thanks to the commitment of the population and the large financial contribution from the regional and local public authorities.”

The development assistance of 6.5 million Euro provided by the European Union for ATU Gagauzia and Taraclia district during 2016 -2018 contributed to small businesses’ development, social infrastructure rehabilitation, development of local authorities’ capacities and mobilization of communities in the region.

“The SARD Programme is a flagship and strategic initiative, which is implemented in close cooperation with national, regional and local authorities from the ATU Gagauzia and Taraclia district. Building peaceful, just and prosperous societies is a long journey and UNDP stands ready to continue supporting national, regional and local counterparts and stakeholders in their quest for fulfilling the aspirations of the people of Moldova, advancing national priorities and achieving the SDGs,” stated Dafina Gercheva, UN Resident Coordinator and UNDP Resident Representative in the Republic of Moldova, at the closing event of the SARD Programme.

With guidance from SARD Programme, 40 localities from the region have decided through public consultations what community problem they will solve with the support of the European Union. As a result, some communities have obtained access to safe water sources and sewerage systems, others have focused on street lighting, have rehabilitated kindergartens, schools, cultural facilities, local roads. Communities joined their efforts to deal together with waste management, establishing 7 inter-municipal services of waste management. Local public authorities have benefited from assistance to boost their capacities and to develop or update the social-economic development strategies of the respective communities.

Present at the event, Irina Vlah, the Governor of ATU Gagauzia, mentioned: “The SARD Programme was transformative for ATU Gagauzia: it has changed not only the living conditions, but also the perceptions and the attitudes of the people from all localities. With the assistance of the Programme, the representatives of communities have identified local problems, have cooperated with the neighboring villages for solving them, involving the locals in the decision-making process, hence, in a very limited period, succeeding to manage those challenges. SARD was like a catalyzer for us and we will continue replicating this good practice”.

With the assistance provided by the European Union within the SARD Programme, 63 women and men have launched or developed businesses, generating until now over 180 jobs, and new qualitative services and products emerged on the local market. Two Business Associations were created and further supported: The Business Association from Gagauzia – NEXT and The Business Association from Taraclia. Over 300 persons from ATU Gagauzia have benefited, under the Syslab Center from Comrat, from qualified assistance for starting up and developing a business or to find a decent job.

“The investment provided by the European Union through the SARD Programme and valued by our communities represents half of the annual budget of Taraclia district. The strategic partnership between the EU, UNDP and regional and local public authorities has materialized in renovated infrastructure and stronger local communities, more qualitative and more accessible public services, decent jobs and new opportunities for business development. Now the south of Moldova has new rural development perspectives,” stated Kiril Tatarli, Head of the Taraclia district Council.

It is for the first time for the Republic of Moldova, when the European rural development initiative LEADER was carried out in Gagauzia and Taraclia district. Using this initiative, the SARD Programme aimed to mobilize the private and public sector, and the civil society from rural areas to work together. As a result, all stakeholders from 44 localities from ATU Gagauzia, Taraclia district and neighboring localities formed 8 Local Action Groups, that were couched to draft their own development strategies and projects aimed to contribute to rural localities’ development by harnessing their own resources and accessing the EU and other development partners’ funds.

Hence, the most feasible 105 projects of the LAGs were implemented with the support of the European Union, under the SARD LEADER Programme, contributing to the modernization of public services, protection of cultural patrimony, development of local business and rural tourism. The experience accumulated within the SARD Programme will be useful for extending this initiative all over the territory of the Republic of Moldova. 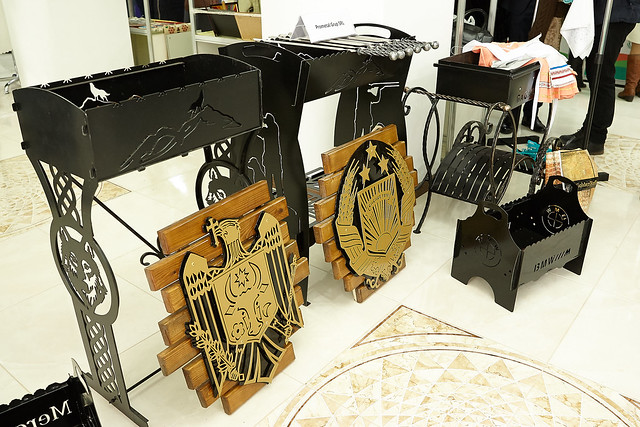