The national legislative framework for equality between women and men is in line with international commitments. However, implementation lags behind, and women still face discrimination and inequality in social, economic, and political life, lacking effective opportunities for participation in decision-making in public and private sectors. 39.6% of the members of Parliament are women, 21.83% of mayors, 36.51% of local councillors, and 27.08% of district councillors – far below international standards and the country’s commitments under the nationally and internationally agreed goals. The share of women entrepreneurs is at 33.9% (as of 2017), with women who wish to start their own business facing many barriers.

Gender-based violence is still widespread in the country, while efficient mechanisms for combating and preventing domestic violence and systems for providing effective remedies to victims are lacking. Two in five women (40%) aged 15 years or older say that they experienced physical and/or sexual violence from an intimate partner over the last 12 months. The most widespread form of is psychological violence at the hands of a partner (71% of women aged 18-74 who have ever had a partner, which is significantly higher than the EU average of 43%), followed by physical violence (33%, EU average being 20%). In the last five years, 144 women have died in the Republic of Moldova because of domestic violence perpetrated by their partners. 95% of the victims of violence are women and girls.The COVID-19 pandemic has amplified the issue of gender-based violence, as since the beginning of the pandemic the number of women who reported cases of violence increased by 35%.

In Moldova, UNDP works to support the country in meeting the gender equality commitments. A particular emphasis is placed on promoting measures that offer more opportunities for women to participate in decision-making, to be more competitive on the labour market, to take leadership positions in the private sector and to stand jointly against the gender-based violence.

Strengthening capacities of the Ministry of Internal Affairs

Enhancing democracy in Moldova through inclusive and transparent elections

Addressing violence against women in the Republic of Moldova

to explore leadership from a gender equality perspective. They went through exercises that helped them focus on empowerment techniques, develop managerial skills and think about gender-responsive budgeting. 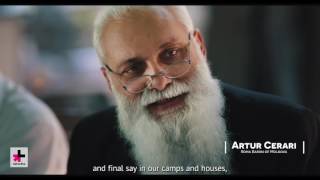 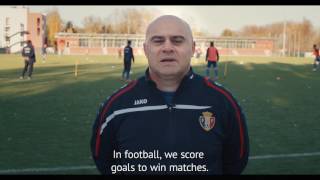 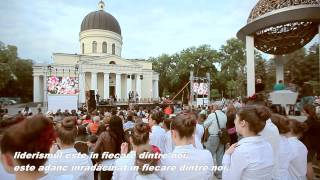